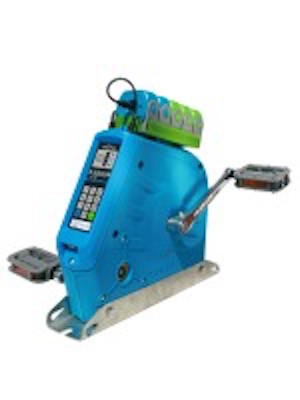 With an enduring commitment to solving the global problem of energy poverty, which affects over 2 billion people worldwide, Nuru Energy has developed a one-of-a-kind robust and simple-to-use off-grid recharging platform, the Nuru POWERCycle™ pedal generator.  The POWERCycle™ provides reliable clean, sustainable power anytime, anywhere and is hundreds of times more efficient than current solar-based solutions at a fraction of the cost.  It is used to recharge both mobile phones as well as Nuru Energy’s own portable modular LED lights, which can be recharged five at a time in 20 minutes, with each light providing up to 10 days of light to a rural household. Nuru works with local organizations to recruit and train micro-franchise entrepreneurs, Nuru Energy Entrepreneurs, who sell Nuru’s LED lights to their community and then offer POWERCycle™ recharging services for a small fee, typically earning in 20 minutes what they previously earned in an entire day.