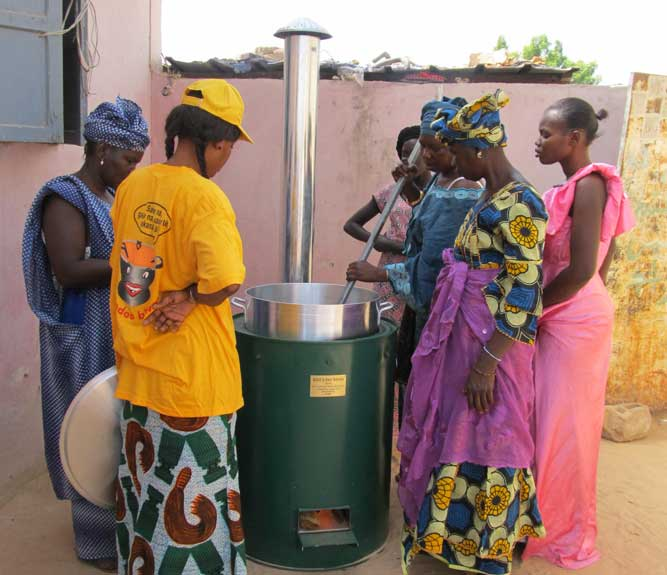 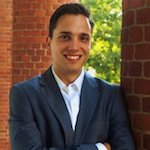 “We are the closest to a perfect stove that exists in the world right now.”

Creighton is the Media, Communications and Development Director for Oregon-based InStove. He was speaking over the phone just days ahead of his trip to Accra, Ghana for the Clean Cooking Forum 2015, a four-day event hosted in November by the Global Alliance for Clean Cookstoves.

The Global Alliance for Clean Cookstoves was launched in 2010. Now hosted by the United Nations, the Alliance seeks to promote a global market for cleaner cooking devices for the developing world.

The Alliance describes the Accra forum as a “the largest international biennial gathering of professionals working to advance the clean cooking sector,” and Creighton argues that, amid the many technologies dominating this sector, InStove has a special design able to curb the threats to people’s health and the environment posed by open fires and inefficient cookstoves alike.

In October 2015, The Guardian reported that the Alliance had deployed 28 millions cookstoves since it was established in 2010. The vast majority burned “biomass,” a fuel derived from wood, agricultural waste, and other organic materials. Such cookstoves were intended to alleviate significant health and environmental hazards. The article reported that more than 4.3 million people die prematurely every year from inhaling smoke generated from open fires. An estimated 2.8 billion people worldwide continue to cook over polluting biomass fires each day.

Creighton says that InStove’s rocket stoves are “inherently scaled-up version of cookstoves.” While many companies have designed cookstoves for households to help four or five people cook and eat, InStove's rocket stoves are designed for institutional settings: schools, orphanages, and refugee camps that serve 200 people or more. InStove has deployed devices to countries throughout Africa and to Haiti.

InStove's founders decided to concentrate on designing stoves that would help relatively large numbers of people to cook and perform other vital tasks, such as cleaning medical equipment.

From a funder’s standpoint, supporting the production of cookstoves for households makes sense: if 95 percent of all cooking in a developing region took place in households of no more than five people, then why focus on institutional settings?

One problem with household cooking is “stove stacking:” families tend to heat multiple dishes and pots of water at once. Therein, families often use open fires alongside the cookstoves designed to replace them.

In addition, conventional cookstoves often do not get hot enough to avoid what Creighton termed “incomplete combustion,” the byproducts of which are dirty, hazardous emissions.

InStove's institutional stoves are designed to ensure that all of the heating is done on an improved cookstove that significantly reduces or eliminates the threat of indoor air pollution. The rocket stove's combustion chamber is designed to allow more oxygen inside, and it gets a 90 percent reduction in total emissions. A special chimney helps to route emissions out of the kitchen and away from people. According to Creighton, it is the only cookstove that meets WHO standards for emissions.

Visitors to the Global Alliance for Clean Cookstoves website can learn about, among other things, types of fuel commonly used for cooking, such as biomass, kerosene, charcoal, and pellets. Rocket stoves use biomass and small pieces of wood ― even sticks. This allows users save money on fuel.

For example, an orphanage in Haiti spent hundreds of dollars each month burning charcoal, a dirty fuel that could not be sourced locally. In total, the transport and burning of charcoal was a costly, inefficient and polluting practice.The orphanage now uses an InStove institutional stove, and Creighton says that the financial and environmental impacts have been significant: “The orphanage in Haiti was spending $400 a month on charcoal, and now they are spending $0 because they are running their stoves on sticks they can sustainably harvest.”

InStove has been installing stoves in Haiti since 2010, and continues outreach to nonprofits in in order to partner with institutional kitchens.

Creighton claims that InStove's rocket stoves are able to protect the health of users and promote better environmental stewardship, especially important benefits in areas of the world where deforestation is growing and open fires are a root cause of burns, asthma, and heart and lung disease.

Then there is the matter of carbon emissions:“When you place one institutional stove you save up to 146 tonnes of CO2 a year,” Creighton says “You are saving the carbon footprint of 2.5 American families.”

Creighton fears that the cookstove sector will have to become more deliberate and careful in how it aids people cooking in the developing world. For one thing, he believes the international community will not be able to electrify all of Africa or deliver enough clean-burning fuels to African families within the next decade. All the while, an estimated 360 million African rely on dangerous and polluting open fires.

In addition, the number of people burning biomass will grow to nearly one billion in South America alone, something Creighton deemed “a huge and staggering problem.” Why? He says there are too many bad biomass stoves. Poorly designed stoves do not burn biomass fuel cleanly because the stoves cannot get hot enough.

Creighton says that InStove’s devices are appropriate anywhere where food is cooked or water is heated over an open fire, places like refugees camps and schools where users can be given an opportunity to prepare food and medical equipment for large numbers of people in a safer, more sustainable fashion.

“You're not going to change the infrastructure of the problem,” he argued, “but you can change the behavior.”