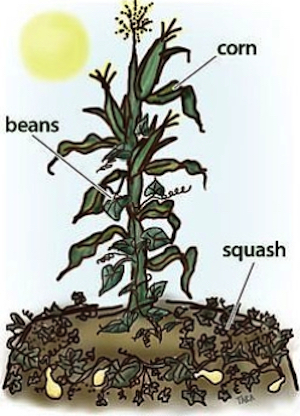 The Native American Three Sisters gardening technique is an example of companion planting. The "three sisters" are corn, pole beans, and either pumpkins or squash. This trio is one of the easiest and most satisfying to grow.

Tips for growing the three sisters: