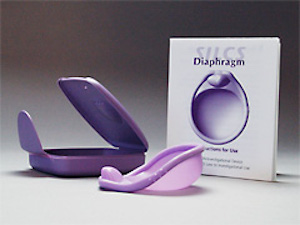 Despite the success of family planning programs since the 1960s, the unmet worldwide need for contraception remains high, with an estimated 120 million couples not having access to contraceptives. Each year, nearly 80 million women experience unintended pregnancies, about half of these end in abortion. Hundreds of millions of women annually suffer disability from pregnancy complications, and more than 500,000 die as a result of pregnancy, childbirth, or unsafe abortion. Almost all these deaths are preventable. Women also represent more than 50 percent of people living with AIDS; and sexually transmitted infections (STIs), excluding HIV/AIDS, are the second most important cause of loss of health in women, especially young women. Women want and need more female-initiated methods that can protect against pregnancy and STIs. Diaphragms could help meet this need, but some characteristics of traditional diaphragms limit their use and acceptability.

The SILCS Diaphragm design was patented by PATH in 1998; a second patent on a spring modi cation has been  led. Clinical validation is nearly complete. An application to the United States Food and Drug Administration as a contraceptive is expected in 2011. PATH also is evaluating the SILCS Diaphragm as a microbicide delivery system. PATH is actively seeking regional partners to manufacture, distribute, and introduce this new diaphragm through both private- and public-sector markets in selected countries.